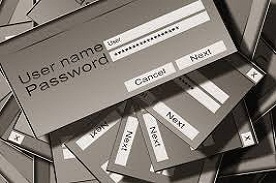 Carbonite told customers on Tuesday that it had detected unauthorized attempts to access a number of accounts. This activity appears to be the result of a third party attacker using compromised email addresses and passwords obtained from other companies that were previously attacked. The attackers then tried to use the stolen information to access Carbonite accounts. The company has determined that the incident involves usernames and passwords, but in some cases attackers might have also gained access to other personal information.

Cyber Security Tips: Solutions for such kind of attacks are immediately reset your password, use strong passwords and avoid the use of same password for different account.

Two-factor authentication or 2-step verification is an effective way to secure online accounts, but many users avoid enabling the feature just to save themselves from irritation of receiving and typing a six-digit code that takes their 10 to 15 extra seconds. Now, Google has made the 2-Step Verification (2FV) process much easier for its users, allowing you to login with just a single tap instead of typing codes. Previously, you have had to manually enter a six-digit code received via an SMS or from an authenticator app, but now

Google has introduced a new method called “Google Prompt” that uses a simple push notification where you just have to tap on your mobile phone to approve login requests.

Acer has issued a statement to a few of its customers informing them that their credit card information may have been compromised. All the users who have used their credit cards to purchase laptops from Acer’s website last year may have had their sensitive information exposed to hackers. Acer has sent out letters to as many as 34,500 affected customers making them aware of the situation. Most of the affected users are from US, Canada, and Puerto Rico. It is happened due to lack of transfer layer security and sensitive data exposer.

Facebook CEO Mark Zuckerberg just need a bit of tape to cover his laptop webcam and mic jack in order to protect his privacy. Putting a tape over your webcam would not stop hackers or government spying agencies from recording your voice, but, at least, this would prevent them watching or capturing your live visual feeds.