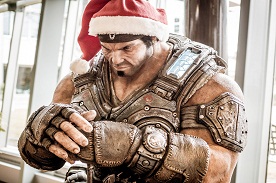 Epic Games,  is an American video game development company based in Cary, North Carolina, and partially owned by Tennent Holdings, which is one of the largest internet and video gaming companies in China. Epic Games’ forums have recently been compromised by an unknown hacker or a group of hackers, who have stolen more than 800,000 forum accounts. Hacked data contains registration information that includes usernames, scrambled passwords, email addresses, dates of birth, IP addresses, and date of joining. It is happened because exploiting known vulnerability present in outdated version of Vbulletin forum software which allow attacker to access full database.

Cyber Security Tips:  If you are epic game user immediately change your password, keep watch on your registered email and other details.

The New York Times is an American daily newspaper has been hacked by Russian hackers. Attacks of this nature could allow hackers to obtain confidential communications between reporters and their sources in the government. It could also potentially allow Russia to release information, which would embarrass key political leaders as well as obtain insight into U.S. diplomatic or military strategies. The intrusions, detected in recent months, are under investigation by the FBI and other US security agencies.

Cyber Security Tips:  Due to U.S election, every political parties from U.S need to aware about security, they need more security to prevent from hacker.