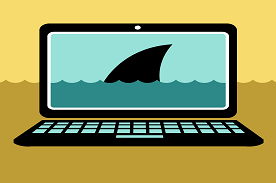 Someone is trying to take down the whole Internet of a country by launching massive distributed denial-of-service (DDoS) attacks using a botnet of insecure IoT devices infected by the Mirai malware. Mirai malware designed to scan for insecure IoT devices and enslaves them into a botnet network, which is then used to launch DDoS attacks. The Mirai IoT Botnet caused vast internet outage by launching massive DDoS attacks against DNS provider Dyn, and later it turns out that just 100,000 infected-IoT devices participated in the attacks.

Hundreds of planned operations, outpatient appointments, and diagnostic procedures have been canceled at multiple hospitals in Lincolnshire, England, after a “major” computer virus compromised the National Health Service (NHS) network on Sunday. The incident forced the trust to shut down all the major systems within its shared IT network in order to “isolate and destroy” the virus and cancel surgeries. It is happened due to malware.

Cyber Security Tips: To prevent from such attack improve security of your infrastructure, use updated antivirus, vulnerability assessment of website and network , update software’s regularly.

This Wednesday Business Insider website was hacked by a group famously known as OurMine. The attackers targeted the United States version of the website and edited some stories as well. They attacked the website in order to test the security measures implemented by Business Insider. The company then sent out a push notification to users of Business Insider application.

According to Kai Lu, a security researcher at Fortinet, users who actively use banking applications on their mobiles need to remain cautious and beware of this new malware campaign. Lu. Working of this malware is when installed, the fake Flash Player app appears at the launcher and shows a screen overlapping all the other apps. When the user clicks on Cancel, this view disappears only to restart again. It always remains on top of your display screen. When the user clicks on Activate button for deleting the request, the Trojan receives device administrator rights. The Flash Player icon then disappears but in the background the Trojan remains active. After gaining administrator rights, the self-defence mechanism of the malware prevents it from getting uninstalled.