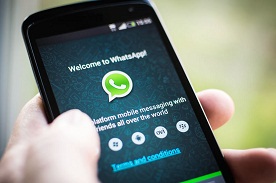 World’s most popular app WhatsApp has introduced a new security feature 2-step verification.WhatsApp allows users to sign up to the app using their phone number, so if an attacker wants to hijack your WhatsApp account, they would require an OTP (One time password) send to your phone number.  Attacker can grab this OTP by diverting the SMS containing the passcode to their own computer or phone, using either a malicious app or SS7 vulnerability, and then log into the victim’s WhatsApp account. The attack even works in case the phone is locked.

Cyber Security Tips: Hackers can hijack your mobile phone to get access to your mobile, to prevent from this avoid to installing apps from untrusted sites.

Dutch hacker, who in 2013 was accused of launching the biggest cyberattack to date against the anti-spam group Spamhaus, escaped prison. Sven Olaf Kamphuis, 39, was arrested in April 2013 by Spanish authorities in Barcelona based on a European arrest warrant for launching massive distributed denial of service (DDoS) attack against Spamhaus that peaked at over 300 Gbps. Spamhaus is a non-profit group based in Geneva and London that tracks spam and cyber-related threats, creates blacklists of those sites and then sells them to Internet Service Providers.