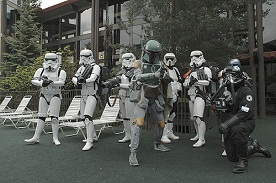 A robot is a machine especially one programmable by a computer capable of carrying out a complex series of actions automatically.  Use of robotics is increasing day to day to consume manpower but now bad news for those who are using robots instead of manpower. Researchers IOActive, a cyber security company has revealed that [Pdf] programs which “bring them (robots) to life” carry critical vulnerabilities which can be used by threat actors for negative purposes.  IOActive’s researchers tested models from a number of vendors including SoftBank Robotics’s NAO and Pepper robots, UBTECH Robotics’s Alpha 1S and Alpha 2 robots, ROBOTIS’s ROBOTIS OP2 and THORMANG3 robots, Universal Robots’s UR3, UR5, UR10 robots’ Rethink Robotics’s Baxter and Sawyer robots, Asratec Corp’s robots using the affected V-Sido technology. Among their findings, the researchers discovered authentication issues, insecure communication system, weak cryptography, privacy flaws, weak default configuration, vulnerabilities in open source robot frameworks and libraries. If the hacker took advantage of this critical vulnerabilities then is can be very danger for robot users, because if hacker hacked robot successfully then it able to spy peoples around robot, physical damage and also it can be killed peoples.

Cyber Security Tips: Mentioned companies are need to fix the issue before anything happening, if you own robot of above companies then stop working of robots until issues has been fix, also you need to check vulnerabilities in your robots .

MUMBAI: The most widespread type of Trojan attack in 2016 was the advertising variety, accounting for 16 of the top 20 malware programs, Kaspersky, a Russian multinational cyber security and anti-virus provider headquartered in Moscow, Russia said Friday. According to research by Kaspersky peoples are not aware about malware which are spreading through advertisement. According to the report 2016 saw a threefold rise in mobile malware detection compared to 2015 – with a total of 8.5 million malicious installations identified. “This means that, in the space of just one year, a volume equivalent to 50% of all the malware detected in the previous 11 years (15.77 million in 2004 – 2015) was released. Leading the way were mobile advertising Trojans which now make up 16 of the top 20 malicious programs, up from 12 in 2015 according to news published in ETCIO. Hackers are spreading malware to targeting users through advertisements, they are hiding malicious malware code behind advertisement once the users clicked on ads then malware starts loading in the systems

Cyber Security Tips:  Users are strictly recommended that avoid to click on any ads before verifying and keep using updated antivirus.