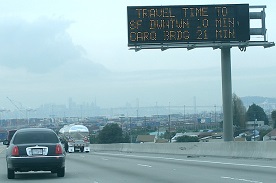 Protecting your document is important today if you fail to protect then it might be accessible publically. According to the latest report, Sensitive files linked to the United States intelligence agency were left on a public Amazon server by one of the nation’s top intelligence contractor without a password. Cyber risk analyst Mr. Chris Vickery discovered tens of thousands of documents from a US military project for the National Geospatial-Intelligence Agency (NGA) left unsecured on Amazon cloud storage server for anyone to access. The documents included passwords to a US government system containing sensitive information, and the security credentials of a senior employee, one of the country’s top defense contractors. Total 28GB of documents exposed which  included the private Secure Shell (SSH) key and a half dozen plain text passwords, administrative credential. It is not happened first previously tracked down a number of exposed datasets on the Internet. Two months ago, he discovered an unsecured and publicly exposed database, containing nearly 1.4 Billion user records, linked to River City Media (RCM).

Cyber security Tips: Users are strongly recommended that keep your document secure with password, if you are uploading it on cloud make sure that you are protected with password or stored in secure place.

Hacking electronic billboards or road signs is a growing new trend. Some peoples does this fun while some do it to highlight their political support or opposition. According to the latest report, Tuesday night in Houston hackers utilized their skills to hack a road construction sign and deface it with messages against the President of the united stated Mr. Donald John Trump. The road sign that was installed near Washington corridor was accessed by unknown hackers who not only left messages regarding impeaching Trump but also involved Russian President Vladimir Vladimirovich Putin according to report published by the HackRead.

Cyber security Tips: To protect from such hacking keep your systems secure with strong password, limit access, use multifactor authentication, use VPN, keep systems up-to-date and install remote interrupts to shout down the billboard if it is hacked.

Sudo (/ˈsuːduː/ or /ˈsuːdoʊ/) is a program for Unix-like computer operating systems that allows users to run programs with the security privileges of another user, by default the superuser. According to the latest report the vulnerability numbered as CVE-2017-1000367, was discovered by Qualys Security in Sudo’s get_process_ttyname() for Linux. The issue resides in how Sudo parses tty information from the process status file in the proc filesystem. The vulnerability could be exploited by a local user with privileges to execute commands via Sudo and could result in the user being able to escalate their privileges to root. Qualys Security explains that Sudo’s get_process_ttyname() function opens “/proc/[pid]/stat” (man proc) and reads the device number of the tty from field 7 (tty_nr). Although these fields are space-separated, it is possible for field 2 (comma, the filename of the command) to contain spaces. To successfully exploit the issue, a Sudo user would have to choose a device number that doesn’t exist under “/dev”. Because Sudo performs a breadth-first search of /dev if the terminal isn’t found under the /dev/pts directory, the user could allocate a pseudo-terminal between the two searchers and create a “symbolic link to the newly-created device in a world-writable directory under /dev, such as /dev/shm,” an alert on Sudo reads according to report published by Security Wee.

Cyber Security Tips: The vulnerability affects all Sudo versions from 1.8.6p7 through 1.8.20 but the issue was resolved in Sudo 1.8.20p1, so users are recommended to update sudo as soon as possible.