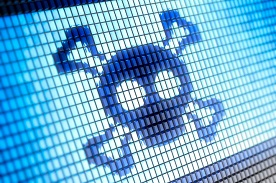 WannaCry malware already targeted millions of systems worldwide. According to the latest report after Wannacry around 250 million of systems are infected with new malware called as Fireball. India has faced the worst impact of Fireball in the list of countries, according to Check Point. India with 43 percent hit rates on corporate networks is one of the worst hit. in India, 25.3 million computers are infected. Fireball malware or adware can take over a browser on an infected computer and run any code on the compromised PCs. The malware has the ability to download any file, include other malware, and manipulating web traffic of the infected PC. Fireball is bundled along with other applications and programs. According to the researcher, Fireball malware can be installed with several freeware products. If your system is infected with this malware your default search engine, be it Google or Yahoo is replaced with a fake one then it is able to get your personal information. Fireball installs plug-ins and additional configurations to boost its advertisements.

Cyber Security Tips: Users are strongly recommended that scan and clean their machine with anti-malware, adware cleaner. Also, go to your preferred browser, and check out the tools and extensions and if any fake search engine found immediately uninstalled it, check keep your system up-to-date, remove freeware software if not necessary and avoid to click on any ads.

A pacemaker is a small device that’s placed in the chest or abdomen to help control abnormal heart rhythms. This device uses electrical pulses to prompt the heart to beat at a normal rate. According to the latest report, researchers have found thousands of vulnerabilities in Pacemakers that hackers could exploit. Millions of people that rely on pacemakers to keep their hearts beating are at risk of software glitches and hackers, which could eventually take their lives. The researchers from security firm White Scope analyzed seven pacemaker products from four different vendors and discovered that they use more than 300 third-party libraries, 174 of which are known to have over 8,600 vulnerabilities that hackers could exploit in pacemaker programmers. The researcher said that the vulnerabilities are present due to outdated software and many of which run Windows XP. The White Scope analysis covered implantable cardiac devices, home monitoring equipment, pacemaker programmers, and cloud-based systems to send patient’s vital data over the Internet to doctors for examining. Due to the vulnerabilities hacker able to monitors the program and can be harm to patients. In some cases hacker able to steal information including names, phone numbers, medical information and Social Security numbers (SSNs).