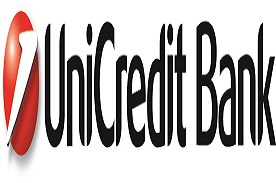 Mumbai-based firm has been cheated of Rs 40 lakh by an unidentified person online.  The Mumbai-based cloth merchant was in business with a France-based company, from where they would order raw material. According to the report, the hacker created a dummy email account of their France-based supplier and sought a remit to its bank account. The police informed that the online fraudster created an email id similar to the France-based supplier and mailed the victim demanding advance and pending payment of Rs 40 lakh. The victim’s company replied on the same email that they would transfer the amount in their bank account within a few minutes. However, the fraudster immediately replied and asked them to transfer the money in another account instead of the regular account. Not suspecting anything amiss, the Mumbai-based firm transferred the money to the given account according to the news published by DNA.

Cyber Security Tips: To prevent from such online fraud you are strongly recommended that make sure that you are transferring amount to correct person, beware of fraudster, and never share your banking details with anyone.

UniCredit, an Italian global banking, and financial services company has announced that it has suffered a security breach in which data of 400,000 customers have been compromised. In a press release, the bank informed that hackers targeted its cyber infrastructure in Italy back in September and October 2016 and then again in June and July 2017 which led to investigations. According to the investigation report, the targeted department was related to personal loans whose computers were accessed by hackers through a local third party provider working with the customer data. UniCredit is confident that passwords allowing customers to access their bank accounts or carry transactions were not obtained during the attack.

Cyber Security Tips: Users are strongly recommended to immediately reset your password, to prevent from such a hack attack keep your banking infrastructure secure with security product, keep monitoring your network, check for vulnerability present in your network, keep systems up-to date and avoid using same password for different accounts.

Fireball malware previously infected 250 million computers worldwide. Among the infected devices, 20 percent belonged to large corporate networks in various countries. Fireball malware was discovered two months ago by researchers at Proofpoint who noted that its mission is to infect computers in an attempt to generate revenues through forced browser advertisement. So far the hackers earned 80 million yuan ($11.84 million) with their malware campaign. Researchers found 25.3 million devices in India and 5.5 million devices in the US were infected with Fireball malware. According to state run news website Xinhua, the researcher analyzed how the malware worked and how its transmission methods functioned, then they find some of the people working in the company and its registration details. More than hundreds of peoples are working in the company and out of which eleven were involved in developing the malware. China Police have charged the culprits for destroying computer systems.