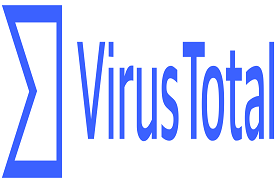 Facebook is come in the news for sharing user’s data. According to the latest report Facebook admitting that all of its 2.2 billion users should assume malicious third-party scrapers have compromised their public profile information. On Wednesday, Facebook CEO Mark Zuckerberg revealed that “malicious actors” took advantage of “Search” tools on its platform to discover the identities and collect information on most of its 2 billion users worldwide. The latest scam revealed by the social media giant about the abuse of Facebook’s search tools over the course of several years impacts almost all of its 2.2 billion users, making it the worst year for the world’s largest social network. The company said it had disabled the feature which allows anyone to look up users by entering phone numbers or email addresses into Facebook’s search tool. Once they had their hands on email addresses and phone numbers, the hackers then used automated computer programs to feed the email addresses and phone numbers into Facebook’s “search” box.

Cyber Security Tips: You are strongly recommended that remove your personal details from Facebook or make it private, avoid connecting with unknown peoples, think before click on any links, keep changing your Facebook password regularly and beware of phishing.

VirusTotal is a web site where you can analyze suspicious files and URLs to detect types of malware including viruses, worms, and Trojans. VirusTotal a biggest and most popular multi-antivirus scanning engine service has launched a new Android sandbox service, dubbed VirusTotal Droidy, to help security researchers detect malicious apps based on behavioral analysis. Android Sandbox performs both static and dynamic analysis to automatically detect suspicious applications by executing and monitoring applications in a simulated Android OS environment. VirusTotal Droidy has been integrated in the context of the multi-sandbox project and can extract “juicy” details, such as: Network communications and SMS-related activity, Java reflection calls, Filesystem interactions, SQLite database usage, Services started, stopped, Permissions checked, registered receivers and Crypto-related activity.