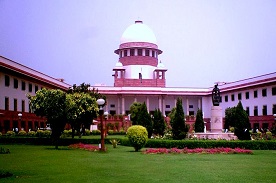 The official website of the Supreme Court, which was suspected to be hacked on Thursday. The website, which had turned “non-functional” from 11.35 am, became accessible only at around 7.50 pm. One of the screenshots of the top court web page circulating on some social media sites showed signs left by some Brazilian hackers who may have targeted it. When attempts to reach the website at supremecourtofindia.nic.in was made, the result read “site under maintenance”. The website was restored late in the evening after several hours of fire-fighting by information technology experts.

AdBlockers is a content filtering and ad blocking extension for the Google Chrome, Apple Safari, Firefox, Opera, and Microsoft Edge web browsers. AdBlocker allows users to prevent page elements, such as advertisements, from being displayed. If you have installed any of the below-mentioned Ad blocker extension in your Chrome browser, you could have been hacked. According to the latest research, a security researcher has spotted five malicious ad blockers extension in the Google Chrome Store that had already been installed by at least 20 million users. These malicious extensions able to access everything you do online and could allow its creators to steal any information victims enter into any website they visit, including passwords, web browsing history and credit card details. Following mentioned malicious ad blockers extension from its Chrome Store:

Cyber Security Tips: If you have already installed above mentioned adblockers you are strongly recommended that removed it as soon as possible, reset all the passwords, keep monitoring your banking account and you are recommended to installed extension from trusted sources only.

The IT security researchers at Radware have discovered a sophisticated malware campaign targeting unsuspecting Facebook users in the name of a painting application called ‘Relieve Stress Paint.’ As a result, tens of thousands Facebook accounts have been compromised in the last couple of days.  The application is available on a website which takes advantage of Unicode representation to appear in search engines. A malicious hackers were found using Unicode to run malware and phishing scam on fake Apple, and Google domains. According to the Radware researchers, the application is being spread via a phishing email and upon installing it launches a legitimate looking program allowing users to change colors, line size and other features like the default Microsoft Paint app according to news published by Hackread.

Cyber Security Tips:  Users are strongly recommended that think before clicking on any quiz, theme or any other application on Facebook, never installed third party application and use reputed antivirus.